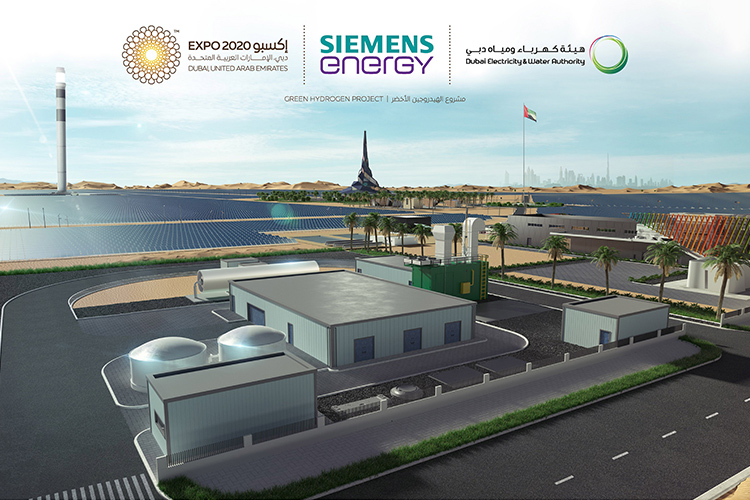 The Prieska Power directors, Makole Mupita and Meta Mhlarhi, will be showcasing the Prieska Power Reserve at the Siemens Energy Experience Centre taking place at the Expo 2020 Dubai on 25 March 2022, where several green energy industrialists have been invited to showcase their technologies.

As part of the overall strategic engagements, the Mahlako a Phahla Co-Founders and Executive Directors Makole Mupita and Meta Mhlarhi, will join a Presidency Delegation led by the DPWI Minister, Ms. Patricia de Lille on a site visit of the DEWA Green Hydrogen Facility. The DEWA Facility is the MENA region’s first solar-powered green hydrogen plant.

Siemens is reshaping the future of urban living by creating a blueprint for future smart cities at the Expo site by integrating Siemens technologies across 137 buildings of Expo and making it history’s most digitalized, sustainable and secure Expo.

What is Prieska Power Reserve?

The Prieska Power Reserve which is being developed by Mahlako a Phahla Investments (Pty) Ltd (“Mahlako”) and Central Energy Corporation (Pty) Ltd (“CENEC”), is a catalytic project that will start producing green hydrogen and ammonia in 2025 through a combination of high yielding renewable solar and wind energy resources, along with the other natural resources of water and air.

The project consists of two phases; the first phase of the project will result in the production of 80 000 tons/annum of green ammonia (with a green hydrogen content of approximately 14 300 tons) from 2025, increasing to over 500 000 tons/annum by 2030. The first phase of the project will make use of 180MWp solar, single axis tracking and 130MWp of onshore wind. The construction of the ammonia production facility will commence in 2022 and will consist of a 120MW electrolyser and 52.2 MW ammonia synthesizer which will be operational in 2025. The second phase of the project and onwards, which is expected to commence from 2027; will see an expansion of the plant provide more than 260 MWp of solar and 1500 MWp of wind energy.

The Prieska Power Reserve Project aims to incorporate next generation technology which will be cheaper and more efficient which as a result will unlock further economies of scale that will make the selling price of green ammonia competitive when compared to grey ammonia.

The green hydrogen and ammonia project will not only create infrastructure development of a new innovative renewable technology which will assist in reducing greenhouse emissions but will also increase the country’s exports by $10.5 billion. The project will result in increased market penetration by female industrialists and female-owned green infrastructure providers. The project is expected to create over 176 000 job years that will benefit local communities and develop skills for both skilled and non-skilled labourers together with women and youth.